Positive dog training is all about rewarding a dog for good behavior. Treats are usually used for this, but what about those dogs who aren’t motivated by food?

This is where toys come in. Dogs who aren’t food-motivated can often be motivated by toys instead. However, using toys as a reward is a little trickier. It’s not quite as simple as handing over a treat and then continuing on with the rest of your training session. While toys can be a great dog training reward, there are a few basics that you need to understand before you start using them.

Deciding Which Toys to Use

You probably already have a big box of dog toys at home. However, they won’t all motivate your dog to the same extent. In order for a toy to be a successful reward, it needs to be one that your dog responds to and enjoys.

Fortunately, it’s easy to work this out. All you need to do is play with your dog! Use a variety of different toys – balls, soft toys, tug toys, squeaky toys – and see which one/s your dog has the most fun with. 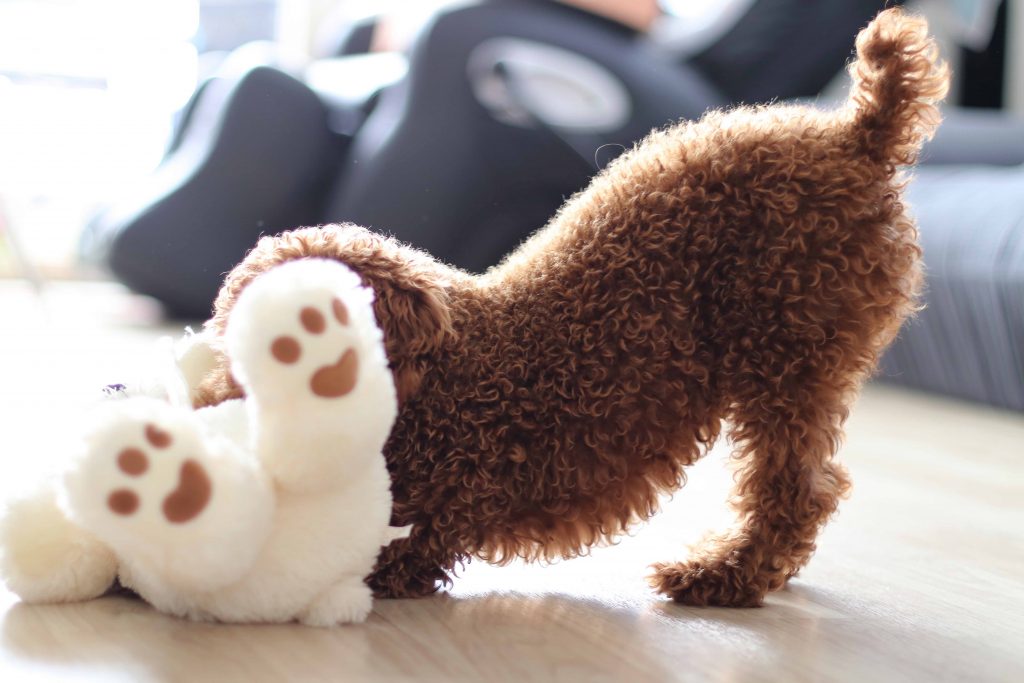 We often talk about high-value treats. These are treats that a dog doesn’t usually get, which makes them all the more special when they do.

Toys are the same. If your dog has a favorite toy that they play with multiple times a day, then that toy won’t feel very special when used as a dog training reward.

Instead, once you’ve identified the type of toys that your dog prefers, set some aside to be used only for training. Alternate which toys you use for different training sessions, so that your dog never knows which one they’re going to get. This will keep things so much more interesting for your dog, providing them with the motivation they need to succeed in your training session.

Practice the “Drop it” Command

If your dog isn’t solid with the “drop it” command, then using toys as a reward simply won’t work. After you give them a toy, they’ll likely run off to play with it, refusing to give it back to you. This then puts an end to your training session.

Fortunately, “drop it” is an easy command to teach. Once your dog learns it, you’ll be able to give them a toy for a few seconds, before asking for it back so that you can continue training.

Use 5 Second Play Sessions as a Reward

As mentioned above, a toy should only be used as a reward for 4-5 seconds. Any longer than this and your dog will likely lose focus in whatever it is you’re trying to teach them.

However, handing a toy over and expecting your dog to entertain themselves won’t be enough. You’ll need to join in with the play session. After all, you want your dog to think that you’re just as exciting as their toy!

This could mean one round of fetch. Throw a ball a short distance, and then once your dog brings it back, carry on training. Alternatively, play tug for a few seconds. Then, ask your dog to “drop it” before praising them and continuing on with training.

Mark the Behavior Before Handing the Toy Over 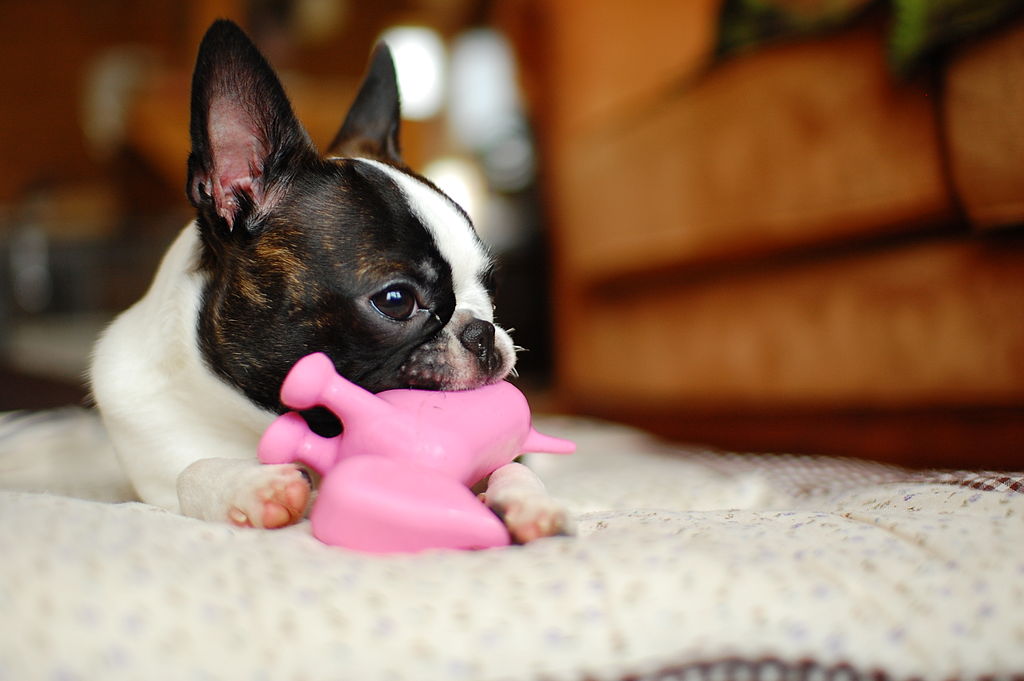 It’s important that your dog understands that the toy you’re handing over is a reward for good behavior. If they don’t connect the two, then the toy will fail to motivate them. Instead, they’ll grow frustrated, not understanding why you aren’t playing with them.

The best way to establish this connection is by marking the positive behavior before rewarding with a toy. If you clicker train, then a simple click is all it takes to do this. Alternatively, use your voice. A happy “yes” each time your dog does something right, followed up with a toy, will help them to understand what they’re being rewarded for. As a result, they’ll be more likely to perform that behavior again.

What if your dog isn’t motivated by either food or toys?

This makes finding a dog training reward a little trickier, but there are still other rewards that you could try.

Start with praise. This works well for dogs who are determined to please. Giving a dog a good head or belly scratch is also a suitable reward for dogs who love attention.

Playing games is another option. This doesn’t need to involve toys – a quick game of chase or hide and seek can be just as successful.

Finally, if you’re leash training your dog, giving them permission to stop, sniff, and range about is often a reward in itself. However, again, make sure that you mark the behavior first, so that your dog understands that the sniffing time that follows is a reward for something good that they’ve just done.

Choosing the right dog training reward is so important – this can make or break your training sessions. Food treats are definitely the easiest way to go, but don’t worry if your dog isn’t food motivated. As you can see, there are plenty of other options you can try!