It doesn’t take much to get a puppy over-excited. Once this happens, their brain releases a burst of dopamine, giving them an almost-addicted feeling and encouraging them to repeat that hyperactive behavior.

It may seem cute at first, but a hyperactive puppy will often turn into an anxious, destructive, or aggressive dog, making it important to get things under control as soon as possible. Here are five ways to do exactly that:

A puppy doesn’t become hyper for no reason – there’ll be a trigger of some sort. It could be when they’re playing tug, or when they meet another dog on a walk, or perhaps when they’re left home alone.

Either way, some of the most common reasons behind puppy hyperactivity are boredom, over-stimulation, feeling over-tired, or responding to your own over-excited behavior.

If you’re able to work out why your puppy acts hyperactive, this will then make it much easier to put a stop to the behavior. For example, if boredom is the cause, you’ll need to keep your puppy better stimulated, both mentally and physically. On the other hand, if it’s due to being over-tired, you’ll need to do the opposite – teach your puppy how to settle and relax. If your puppy only gets over-excited when you do, then you’ll need to work on keeping yourself calm. 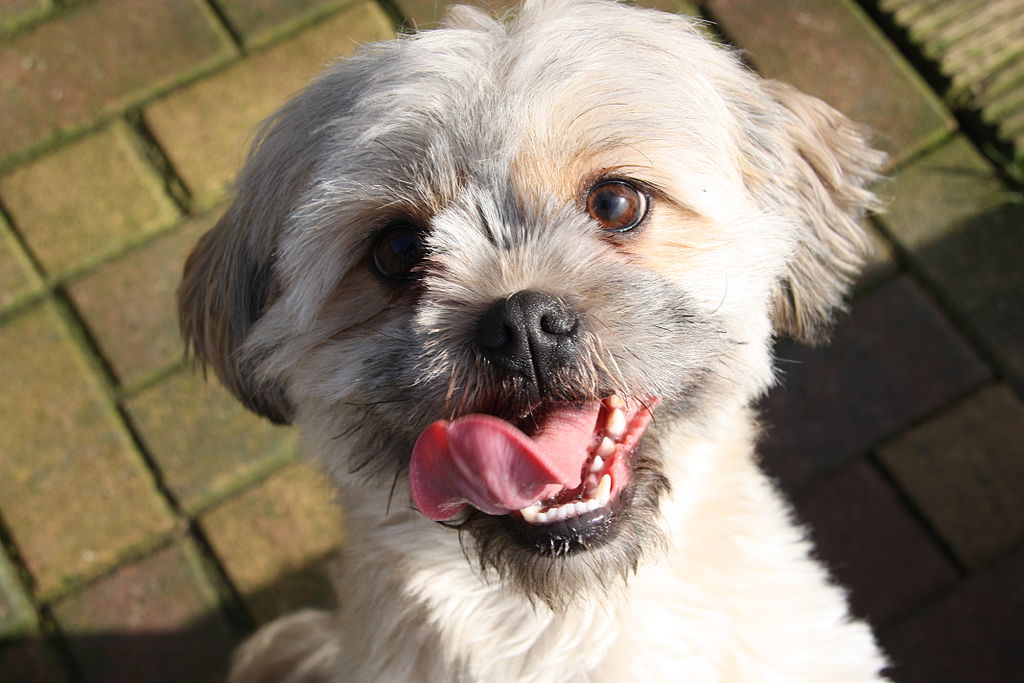 Many owners unintentionally encourage hyperactivity, which only makes matters worse. When your puppy is acting hyper, any sort of attention that you give them will reinforce their behavior.

So, as soon as your puppy starts getting over-excited, take a step back from the situation and completely ignore your puppy. Don’t speak to, look at, or touch your pup. If your puppy starts pawing at you or jumping up, simply turn away.

Ignoring hyper behavior is one thing, but don’t forget to reward your puppy when they finally manage to calm down. Use high-value treats, rather than toys, to do this, since a toy could get your puppy over-excited again.

Keep your voice calm and relaxed when rewarding your pup. If your puppy thinks that you’re getting excited, then they’ll do the same.

Teach Your Puppy the “Settle” Command

Teaching the “settle” command takes longer than training many other commands. However, with consistency, your pup should pick it up in a matter of weeks.

Training this command is basically following on from the previously-mentioned step of rewarding calm behavior. Before you give your puppy a treat for being calm, say the word “settle”. If you use a clicker for puppy training, then say the cue word right before clicking and treating.

You’ll need to repeat this multiple times a day, for several days in a row. In addition to rewarding your pup for calming down after being hyper, you should also be rewarding them at other moments during the day when they’re calm. Each time they lie down and seem relaxed, say the cue word and give them a treat. 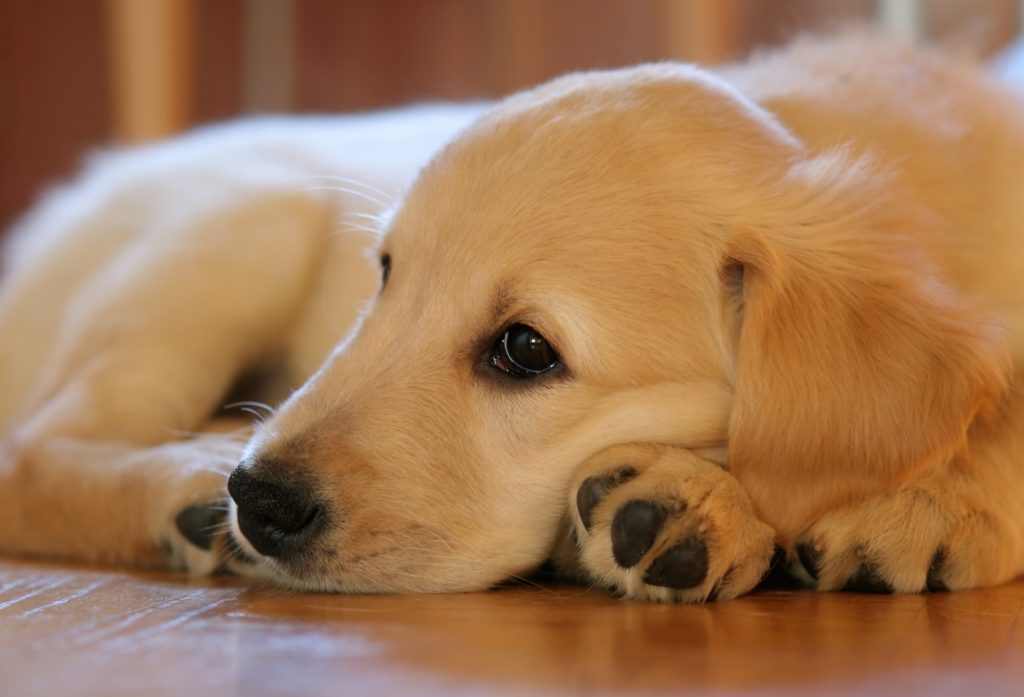 Use the “Settle” Command When Your Puppy is Acting Hyper

First things first – never use the “settle” command until you’re certain that your dog understands what it means. If you give the command and your puppy ignores it, this will simply devalue the command, rendering all of that hard work useless.

Once your puppy understands the “settle” command, you can then try it out. However, don’t do this when your puppy is in the midst of a hyperactive moment. Chances are that they’ll be too over-stimulated to listen to you. Instead, you’ll need to set up a situation to practice the command.

One way would be to play with your puppy using a low-value toy in a calm and quiet room without any distractions. Play for a minute or two and then stop, before giving your puppy the command. Do this before your pup starts getting too excited. Then, wait for your puppy to settle. Once they do, and it could take a bit of time before this happens, praise them and give them the treat.

You can then advance the command by practicing it around different distractions, and at different stages of your puppy’s over-excited behavior. However, remember to always praise and treat your pup for listening – settling needs to be more rewarding for your puppy than acting hyperactive!

Give Your Puppy Time

In many cases, a puppy will outgrow hyperactive behavior. It’s simply a part of puppyhood. However, whether this takes weeks, months, or years depends on how you handle things. By ignoring the bad behavior and rewarding the good, your pup will soon realize that calm and stable behavior is what leads to praise and treats, and they’ll start displaying this more and more.